Also from Zoxell: These are the Voyages

Daniel Noah Shays is a human, born on Earth to a hard-working agriculturalist couple in the South Carolina back-country. Dan’s father was a farmer, as was his father’s father, going back hundreds of years. The world had moved past agriculture a long time ago. Having eliminated food shortages and hunger with the onset of replication technology, food growers on Earth were no longer necessary. This fact did not diminish the demand for fresh, organic vegetables, eggs, dairy, and meat, however.

Benita inhales deep breaths of sweet, rain-scented air. Obscure details, such as the smell of balsam permeating through the old church and the sound of towering palms swaying in the wind, had escaped her conscious thoughts. Now those details seem much more conspicuous having been absent from them for the better part of a year. 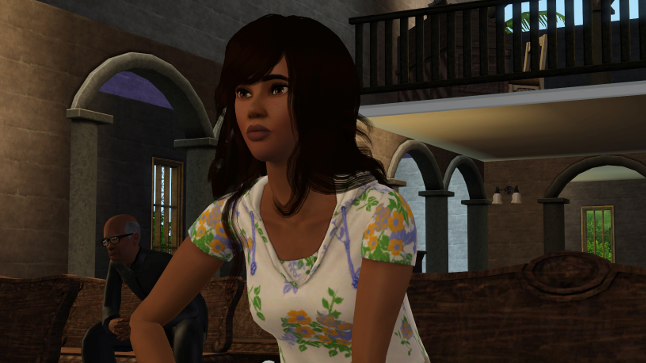 She has come here to pray. With the exception of Padre Nuno, who had emerged from his office shortly after she arrived, she is completely alone inside the cavernous sanctuary. The aged minister had mumbled a quiet blessing in her direction while passing, then knelt in a nearby pew to recite a rosary. The sound of his hushed devotional becomes another of those small things she had mentally pushed aside for the sake of her ambition. Prayer has always been the place Benita goes when her own solutions fail to resolve the full scope of her troubles. Sometimes she prays to offer praise and glory. Her deliverance from a dangerous situation, while clearly the result of human skill and decisiveness, had been precipitated by something far greater; and for that she is thankful.

Alfonzo Taxmoore’s political path is littered with the corpses of sims who have obstructed his concept of progress. Benita could very easily have become one of them. She’d been inconsolable for days after learning Marcus, the man with whom she had chosen to finally surrender herself, was killed during a home burglary. They killed him – looking for her. Nothing was produced as a result of their lovemaking that night, though she would have gladly welcomed it. Marcus would have been a wonderful father and loving husband. She would likely be sharing his bed at this very moment …if only she had chosen to retreat from her staunch, moral high ground. She cried for Ann, who would have lived to see morning had Benita gone back to the hotel with her. These conflicts, among others, have clouded the joy of returning home. And though they weigh heavily on her soul, they are not the reason she came to pray.

Today’s prayers are for discernment; a voice of reason to slice through her inner conflict and turmoil. She had spent the last year of her life truly believing in a vast conspiracy by fair-skinned sims to subjugate and undermine dark-skinned sims. She had become convinced that her most cherished and dearest friend from childhood was her enemy. She had been programmed to believe that he must be punished for being born with light-colored skin. Today …she prays about Van. Even now, she struggles to look at him with the same adoration she once had. She blames him for the cumulative troubles of the peoples of Isla Paradiso…

Padre Nuno hesitates momentarily when Benita cries out inside the silence of the empty church for deliverance from Alfonzo’s poisonous thrall. The aged priest quietly moves from his place and approaches Benita, then sits next to her on the pew. He begins a prayer of contrition appealing for the grace of forgiveness. Benita joins him, confessing her sins, and asking to be shown the way through the dark thicket of mendacity and hatred and into the light of truth and love.

Enzo du Pont rolls his eyes impatiently while his great-great… grandmother, Moira, totters slowly through the sitting room straightening table coverings and adjusting the perfectly arranged row of photographs depicting her many descendants. She stops for a moment and regards the oldest photo; that of Gerard du Pont, the first du Pont to settle in this region hundreds of years ago. Enzo warns her that their flight to Isla Paradiso will leave without them. Moira chortles in disagreement. The airplane won’t be going anywhere until they arrive. Enzo shakes his head in defeat. It is no use arguing wither her. Regardless of how crazy her wild, senile statements may sound, she has never once been wrong about these kinds of observations.

Moira completes her tidying of the sitting room then assess the state of her own appearance. Shaking her head and clucking her tongue, Moira shuffles to a nearby mirror and begins to mumble. She’s been wearing this far too long and she needs to change before they leave. Enzo exclaims a long, exasperated bellow. What she’s wearing now is fine. She can purchase an entirely new wardrobe once they get to the Island. Enzo regards his wristwatch indignantly as his face turns a dark shade of red. And that may never happen unless they leave right now!

Enzo stiffens as a chill grips his entire body in reaction to the assertive, maternal glare Moira sends in his direction. Despite her remarkably advanced years, she has not lost any intensity in her icy, blue eyes. She continues slowly toward the stairs insisting it will only take a moment. She calls for him to be ready to leave as soon as she has changed. Enzo breathes an impatient sigh and moves into the buffet to sit. Forbid the thought of actually sitting in the sitting room. They’d be here another two hours whilst she straightens the whole place out again. 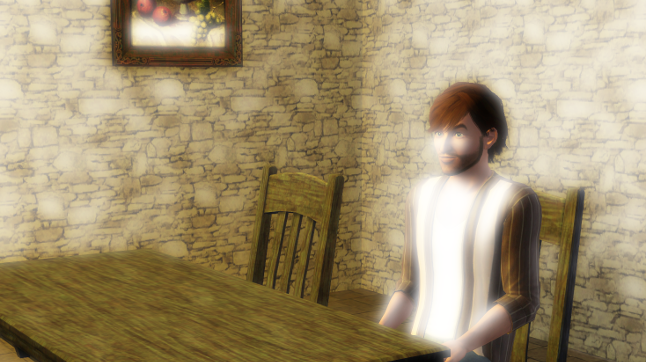 Moira is an extraordinarily old woman. She has resided in this house for more than a century and has inexplicably outlived two entire generations; most likely just to spite Enzo… 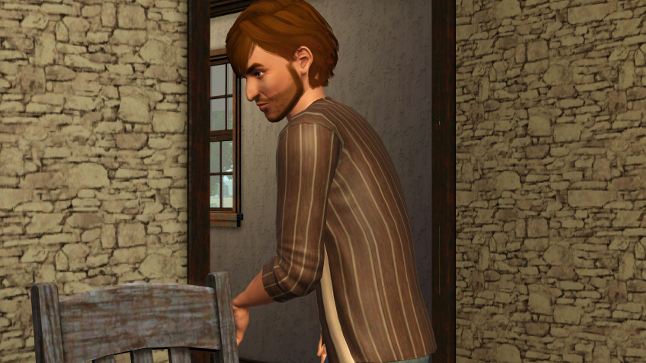 The sound of rapid thumps advancing down the steps causes Enzo to start. Nothing good can have come from such a sound, so he leaps from his chair and runs through the foyer and into the great room where antique stairs lead up to the living quarters. Shock and dismay cause Enzo to stop in his tracks.

Standing before him is a much smaller …and younger …Moira. She smiles sweetly and curtsies. Dumbfounded, Enzo can do nothing but stare at the beautiful, young woman. Her mane of golden hair shines and shimmers like burnished gold in the filtered sunlight. It captures and holds his attention for a long, awkward time before he manages to stutter, “Gram… maa… maa… ma… Moria?” 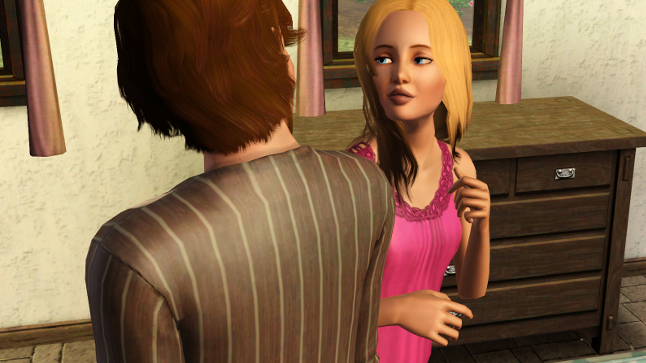 The mysterious, young Moira whisks past Enzo. She calls behind to him, speaking with a thick, Irish brogue which is much more pronounced now, then it was a few moments ago. Addressing him as “Papa”, she scolds him about standing around gawking while their airplane threatens to leave without them. He’d better drive quickly unless he wants them to miss their flight to Isla Paradiso…

August 20, 2017
Van and Benita finally begin to heal their relationship and discover that their friendship does, indeed, have a much more complicated component. Big things await our embattled couple.
Next up – Frightening news from Area 15 is accompanied by a surprise visit from an old friend. Also, Benita receives help from a very unexpected source.

Faith Based Gaming And Fellowship

The rise of the Maldini crime family over ten generations

8 Kids And A Business

Balancing a large family with a small business, all by God's mercy, grace and providence

America's Civil War through the eyes of a 9-year-old girl.

The Chouette Legacy
The Twinbrook Fields

Generation 15: Science vs. The Paranormal