“Gravely disturbing and unforgivable”, were the words used by Governor Alfonzo Taxmoore to describe the shooting death of Ronald Maxwell, Jr. inside Pleasantview Police Headquarters shortly before sunrise Tuesday morning.

Pleasantview Chief of Police, Warren Gilscarbo, allegedly fired the shot that would eventually kill Mr. Maxwell, but not before sustaining injuries himself. In addition to Mr. Maxwell, nine Pleasentivew police officers were killed during the incident. Mr. Gilscarbo, who is likely to face first-degree murder charges, was the only survivor. He was flown directly to a high-security military medical installation in Strangetown despite Governor Taxmoore’s fiery and vocal opposition. The nature and severity of Gilscarbo’s injuries are unknown at this time; as is the reasoning behind his military evacuation. 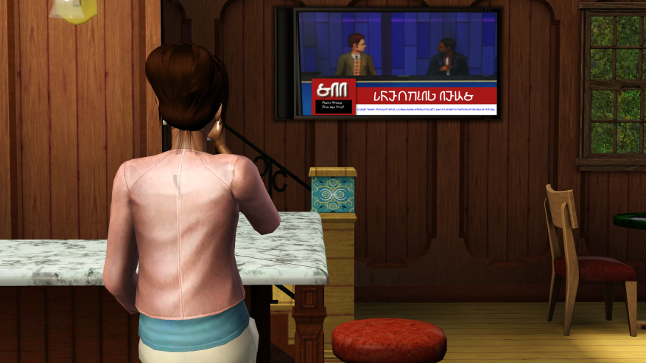 According to a team of investigators working under Governor Taxmoore’s direct supervision, Detective Skyler Gilscarbo, the police chief’s daughter, used racial slurs and drew her weapon in a threatening manner against Mr. Maxwell, who was unarmed. The Governor’s office reports that initial analysis of security footage suggests Maxwell gained control of the inexperienced officer’s weapon and used it to defend himself against her and numerous subsequent attackers. Ms. Gilscarbo was among those killed during the ensuing firefight. During an emergency press conference held earlier today, Mr. Taxmoore lauded Mr. Maxwell’s heroic effort, adding “…he died in a desperate bid to protect himself against numerous, armed terrorists wearing police uniforms”. The governor went on to call minorities across the nation to fearlessly defend themselves against racist aggression. 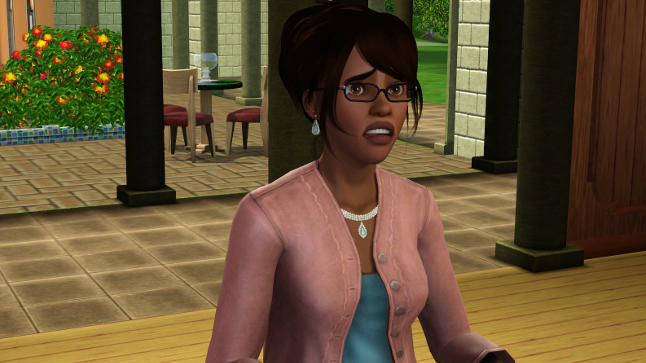 The governor has condemned law enforcement officials, vowing to hold them accountable for Mr. Maxwell’s murder. Determined to end a long and tragic streak of minority deaths at the hands of police, Mr. Taxmoore has vowed to fight for the complete disarmament of all local law enforcement agencies. Governor Taxmoore visited with the grieving Maxwell family after the press conference, where he dismissed a statement made by the military on behalf of Mr. Gilscarbo.

The statement, which describes an outlandish scenario, alleges that several heavily armed and armored persons entered and attacked the precinct shortly before dawn; and that Ronald Maxwell was killed in a “crossfire incident”. The Governor immediately labeled the wild conspiracy theory as “ridiculous, unhelpful, and diversionary”. He later described the account as “an intentional ruse to mislead the public…”, and “…a sad work of fiction fabricated to protect white privilege by distracting attention away from the real issue of racial bigotry and police brutality.” The Governor’s office has secured surveillance video of the incident and has promised to use all pertinent details to prosecute Mr. Gliscarbo to the fullest extent of the law.

please God, no…. not Warren… 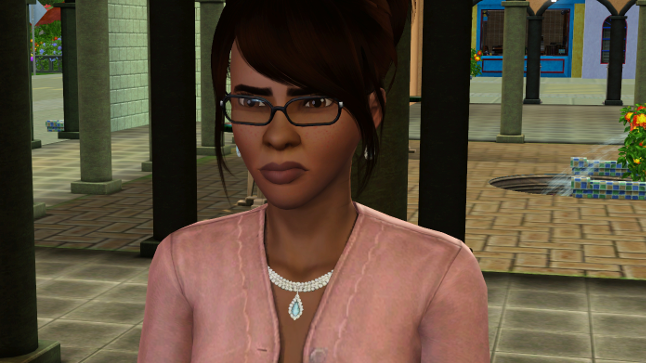 Benita had no idea what to expect, nor had she planned what to say when she finally saw Van. 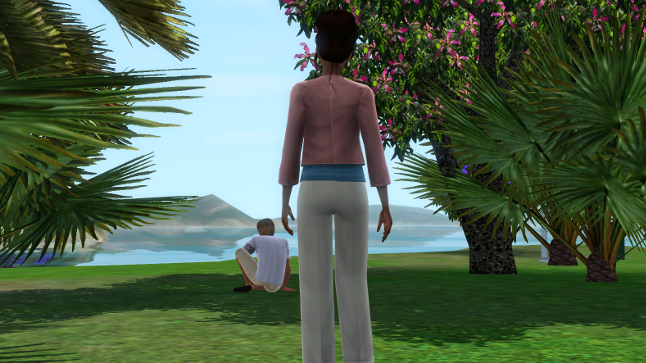 She witnessed the embrace he and Skyler shared before her departure to Pleasantview. It was the same night Benita arrived home after sequestering herself in SimCity for nearly a year. Van and Skyler had been in love or, at least, Skyler had fallen in love with Van. That much was clear. Since that night, Constable Dias has repeatedly chided Benita about her continued game of avoidance with Van. The constable is right about one thing. The game hasn’t been much fun for either of them.

She had hoped that consuming herself with work would bury the traumatic nightmare about Ann, Skyler, and the seagulls, which continues to plague her sleep. Documents discovered by Van inside the resort VIP museum has given her a new focus and purpose. Alfonzo had expertly stoked the fires of her indignation, and now she has somewhere, besides Van, to direct it. The native peoples of Isla Paradiso have born the worst part of its rapid “modernization” and she would gladly reduce every resort down to rubble if it meant restoring dignity and prosperity to her family and friends. A sensation at the pit of her gut suggests the contents of this private museum may allow her to do just that.

She finds Van sitting on the beach behind his house, holding his phone as though willing it to begin ringing. Benita approaches him nervously, her heart beating wildly in her chest. Old, familiar instincts replace a programmed directive compelling her to leave him alone to his misery and allow him to suffer the way his ilk have caused people of color to suffer…

Coming to a quiet stop next to Van, Benita can hear a video playing, “…have something important to share with you after I get off work today. I’ve been doing a lot of thinking about us, and what I told you before leaving that night. Anyway, mom and dad have provided a lot of insight, and more importantly, some new things to think about. Honestly, seeing them together has made me realize how much I miss you. I know it’s only been a few months but it feels like so much longer than that. I want to see you again, Van… I’d like to talk to you about maybe…”

Benita quietly crouches beside Van, close enough for him to know she’s there but far enough away to respect whatever boundaries she has erected between them. Benita hears Skyler’s voice being interrupted by the chaotic sound of angry, cursing voices followed by gunshots – then Skyler speaking into the phone again, “Oh my *expletive* *expletive*, Drop your *expletive* weapons! Don’t *expletive* do this!” As the video shifts and blurs, there are more very loud gunshots, most likely coming from Skyler discharging her weapon. It is followed by screams of agony and Warren shouting, “Officer Down!!”. 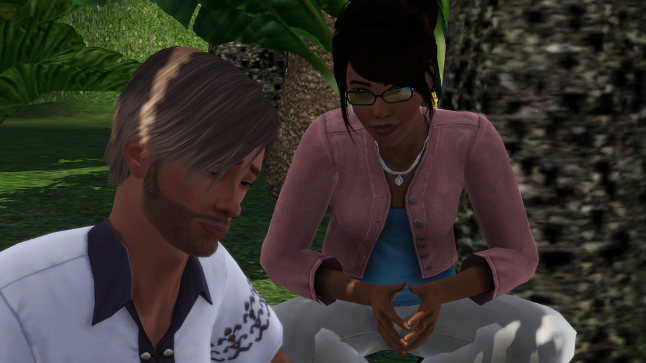 Penetrating fear grips Benita’s throat upon hearing Joan Mosley’s unmistakable, masculine voice barking orders from Van’s phone, “*inaudible* …exactly forty-five seconds …no survivors.” Skyler’s mortal screams are followed by wildly blurred images, then an unmoving, closeup of a wood floor. Horrific sounds of steady gunfire and bullets shredding furniture very close to the recording device erupt from Van’s phone for exactly forty-five seconds. After a moment of quiet, the image finally moves again with an unsteady jerking motion. It is accompanied by a sickening, moribund retching noise. Skyler’s bloodied hand is visible only for an instant before the video goes dark.

Van moves his thumb to play the video again, but Benita leans closer and prevents him from doing so by placing her hand over his. She wonders how long he has been sitting here watching it. Fresh tears fall from his eyes and roll down his cheeks as he announces helplessly that Skyler isn’t answering her phone. Benita quietly cradles his head on her shoulder while he weeps in long, mournful sobs. If she had not already wept herself dry of tears for Marcus, she would have joined him. As such, she is able to remain strong for Van. So much death… so much deceit …so much hatred; this from people who use the words “love” and “tolerance” as thinly veiled ambiguations of tyranny.

Holding Van in her arms has awoken something she assumed dead …or rather, killed. Benita moves in closer to him, resting her head on his while he grapples with the pain of his intense grief. Alfonzo may have failed in murdering her outright, but he had succeeded in taking away something more valuable than her life. He had taken away her loving nature and replaced it with spite. She does not understand why so much suffering had to occur before she felt empowered to finally reclaim it from him. Van’s presence alone is enough to fill her her empty heart with the love and adoration she has always felt for him. She holds him tighter and closer with each pang of guilt churning through her stomach. This was her own doing… and undoing …all of it. 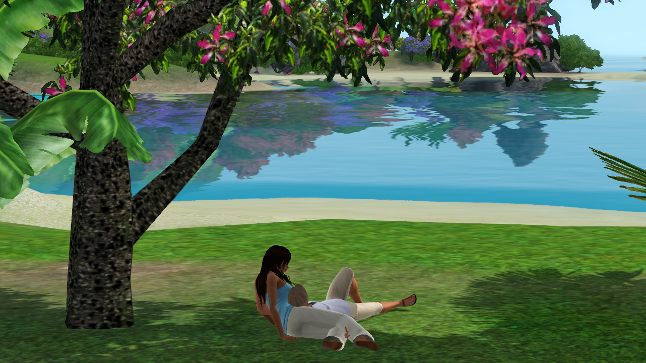 After Van’s initial grief has been drained, they sit together for a time, silent and still, until the tears Benita had thought dry bite painfully at the corners of her eyes again. Having finally built enough courage, she whispers hoarsely into Van’s ear, her voice unsteady and morose, “I am so sorry, meu lindo… for everything …please forgive me.” They sit together undisturbed on the beach behind Van’s house and share in each other’s grief until it is almost dark.

A striving but imperfect husband, dad, programmer, community volunteer, and storyteller. View all posts by zoxell